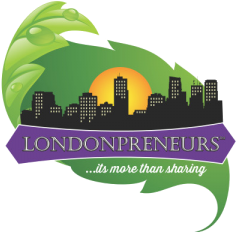 People hate waiting for things. We want to get rich quick, lose weight in weeks, and get our food prepared in minutes. Two decades ago, most people didn’t know what an email was, let alone how to send one. Today, emails are one of the most common forms of communication on the planet. Just over 42% of the world’s population has access to the internet, which equates to slightly more than 3 billion people. Take into account the 1.75 billion smartphones present on the planet, and you can see how commonplace email has become in our lives. Because of the shift away from paper mail to email, the former now has a nostalgic feel and a high level of affection from those of us who live in technologically dependent society. I’m sure I’m not alone in saying that getting a letter or package in the mail gives me a great deal more excitement than getting an email. Part of this is due to the novelty of the experience, but a substantial portion of it comes from the delayed gratification and the anticipatory response generated by waiting.

Anticipation has actually been suggested as a significant driver of happiness, and this effect can be employed to help businesses achieve a greater commitment from consumers as a result of increased consumer happiness. Think back to how excited you got as a kid in the weeks leading up to Christmas. Despite how much we may have hated waiting anticipation of the day made it that much more special.

As our culture of convenience took precedence in the 1950s with the advancement of technology and supply chain efficiencies, firms chose to cater to then need for immediate gratification as their primary selling motive. In the past decade, consumer tastes have shifted away from those associated with mass society, like big box stores or fast food, and towards a more “authentic” product approach, like gourmet diners or local markets.

Getting parcels in the mail is a more authentic practice, as it harkens back to a time when most individuals in Western society had to order most of their consumer goods through a catalog and wait for their order to arrive by post.

For example, the Sears catalog surged in popularity so much in the 1920s that it was soon referred to as the “consumer’s bible”. The catalog contained hundreds of products for sale, and with the addition of the first credit agency in 1919 by Henry Sloan of General Motors, purchasing consumer goods became incredibly attractive for most Americans.

As buying on credit became the wildly popular method for consumers to purchase their goods, big box stores expanded their business. Soon, basic necessities such as food, clothing, and utilities were being outsold by appliances, entertainment, and automobiles; frivolous purchases that helped declare a consumer’s status were viewed as more important.

The shift away from ordering by catalog and waiting on purchases in the mail towards quick, convenient methods at chain stores dominated the Western economic culture from the 1950s onward, but now the tastes of savvy consumers have shifted back towards receiving goods via post. The care package is a common sight across university campuses, but now companies exist that take care of the hassle of assembling and shipping for you. Numerous companies have popped up that cater to college students, but also to mothers, children, and even military spouses.

This shift in consumer tastes has led to the success of care package-based businesses like Curiosity Box. Curiosity Box is the vision of Cassie Krygsman, who turned her love of crafts, scrapbooking, baking, and other creative hobbies into a legitimate business that enabled her to share her passions with other parents and their children. Creativity is something that every child should be encouraged to develop, and each Curiosity Box comes packed with a variety of activities to cater to a child’s natural curiosity and penchant to play and explore.

The anticipation of the arrival of each new Curiosity Box in the mail will make 1 day a month like a mini-Christmas, and the contents are designed to keep children entertained for weeks. Creativity is something that will never go out of style, and the savvy business model captured by Ms. Krygsman will ensure that her passions will be passed on to many more parents and their children in the future.